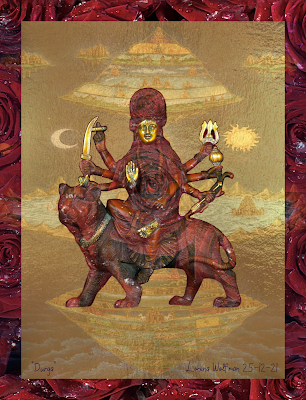 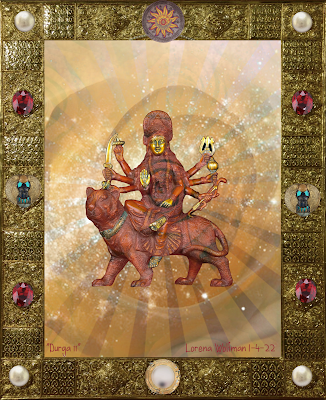 "Durga"
Durga is the primal feminine goddess who was called into existence from the source when the battle between the gods and the demons was all but lost to the demons.  When suddenly, the gods said to themselves, "Oops, we need the manifest feminine, it is the only way if we are to have a chance and win this battle"... And so she came into existence from the source of all creation endowed with all the attributes and powers of the gods, but she came riding into existence on a tiger, with power and love unparalleled.  She defeated the demons with ease and grace, between each one she slew she rested more and more deeply into her love of the truth, into the essence of who she was and from she came.
She is a great teacher to us about demon-slaying, about the power of love, what we love most, for her it was Truth, no demons stood a chance.
She came into focus for me in a dream about a week or so ago, and knowing consciously nearly nothing, other than she was a powerful Hindu goddess, today I looked up, and I understood!  I understood, she is the power we, I need to sum up to battle in our depths, our most fearsome demons. 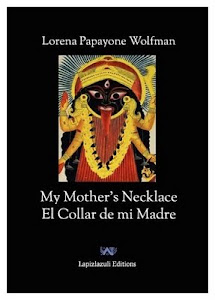